A documentary that follows some of the women at the forefront of today’s yoga movement.

In Nepal, a venerable monk, Geshe Lama Konchog, dies and one of his disciples, a youthful monk named Tenzin Zopa, searches for his master’s reincarnation. The film follows his search to the Tsum Valley where he finds a young boy of the right age who uncannily responds to Konchog’s possessions. Is this the reincarnation of the master? After the boy passes several tests, Tenzin takes him to meet the Dalai Lama. Will the parents agree to let the boy go to the monastery, and, if so, how will the child respond? Central to the film is the relationship the child develops with Tenzin 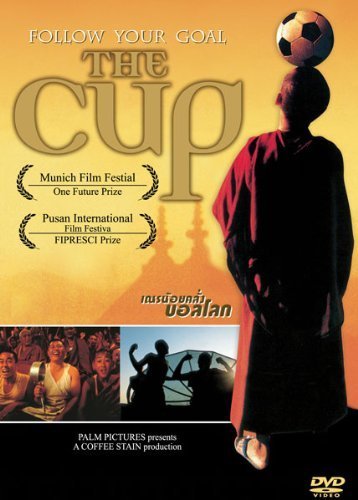 While the soccer World Cup is being played in France, two young Tibetan refugees arrive at a monastery/boarding school in exile in India. Its atmosphere of serene contemplation is somewhat disrupted by soccer fever, the chief instigator being a young student, the soccer enthusiast Orgyen. Prevented by various circumstances from seeing the Cup finals on television in a nearby village, Orgyen sets out to organize the rental of a TV set for the monastery. The enterprise becomes a test of solidarity, resourcefulness and friendship for the students, while the Lama, head of the monastery, contemplates the challenges of teaching the word of Buddha in a rapidly changing world

East meets West in the Deep South. An overcrowded maximum-security prison-the end of the line in Alabama’s correctional system-is dramatically changed by the influence of an ancient meditation program. Behind high security towers and a double row of barbed wire and electrical fence dwells a host of convicts who will never see the light of day. But for some of these men, a spark is ignited when it becomes the first maximum-security prison in North America to hold an extended Vipassana retreat, an emotionally and physically demanding course of silent meditation lasting ten days. The Dhamma Brothers tells a dramatic tale of human potential and transformation as it closely follows and documents the stories of the prison inmates at Donaldson Correction Facility who enter into this arduous and intensive program 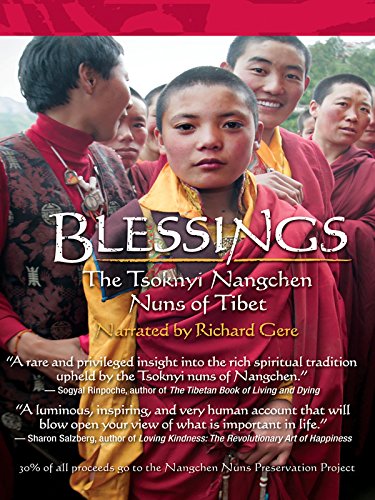 In Tibet, the word for woman translates as “lower rebirth.” In a remote eastern region of the country, the Tsoknyi Nangchen nuns defy this definition. Devoted to the ancient practices of Tibetan Buddhism – once primarily a male domain – over 3,000 nuns have attained elevated status. Director Victress Hitchcock honors them in this moving documentary, which follows the journey of a small group of Western women to remote mountain hermitages to meet these nuns. Buddhist teacher and spiritual leader Tsoknyi Rinpoche III leads the group, imparts his knowledge, and bridges the gap between cultures. Narrated by Richard Gere, Blessings explains the Tibetan Buddhist monastic system and the changing role of women within it, incorporating historic black-and-white footage from the 1960s Cultural Revolution of the People’s Republic of China, when all forty Nangchen nunneries were destroyed. Many of the nuns were imprisoned in work camps; others scattered back to their nomadic families. A few survivors hid in caves until, years later, they surfaced to rebuild the nunneries, stone by stone. Elders who kept the yogic tradition alive now teach it to young women. Hitchcock interviews both the nuns and the women who come so far, physically and spiritually, to meet them. The former, some fresh from a three-year retreat, explain why they chose their path; the latter speak candidly of the trip’s profound impact upon them, as egos and twenty-first-century concerns fall away. Inspirational as it is, though, Blessings doesn’t lack a lighter side. In one memorable scene, the nuns chant and play their music for their guests, who respond in kind by dancing to the tune of Cyndi Lauper’s “Girls Just Want to Have Fun.” 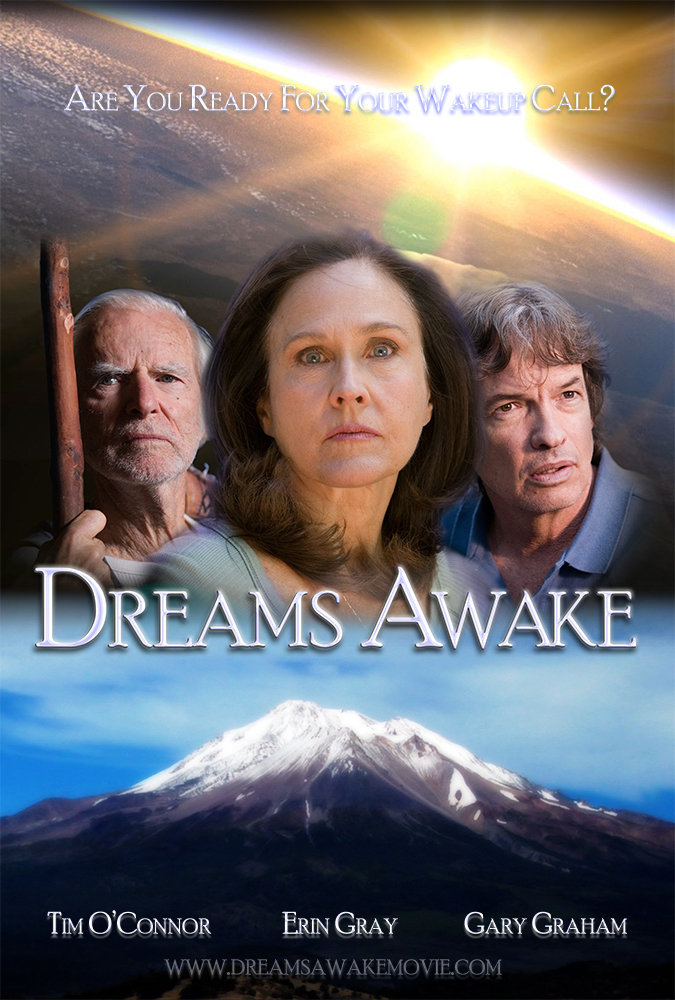 While on vacation a disconnected family gets stranded near mystical Mt. Shasta and amazing possibilities open up. A family drama grows into a spiritual mystery, and finally becomes a mystical adventure. A glimpse into the subtle but intense possibilities of the human spirit, this story delves into that magical lore between reality and illusions, dreams and awake, and life and immortality.


Find out about our upcoming classes and special events. Sign up to our My Asana Community Newsletter!


Our Classes
Our Instructors
What's On
Gallery
FOLLOW US